Men Over 30 says: Peter Fields has fled to his good friends house Billy Santoro who was kind of enough to take him in after the break up with Alessio. Billy conveys to Peter that he can stay as long as he wants and no rush.

Peter arrived late so Billy and his BF Braxton Smith are tired and have work in the morning. They tell Peter to relax and get some rest while they head back to their bedroom.

Braxton already can’t wait for Peter to leave but Billy tells him it’s just temporary and to console him even more they begin to kiss and get into some sexy late night mischief. Peter who is restless and still dealing with the break up can hear the moaning pleasures coming out from the room. read more

Men Over 30 says: Alejandro Fusco has been blowing off his boyfriend Alex Torres’ phone all day long text after text after text. Alex can’t stand the constant pestering so he’s been ignoring every text.

They’ve been together for some time now yet Alejandro’s insecurities are getting in the way of their relationship. Alex is at the office hard at work making ends meet staying late and the last thing he wants is constant texting.

Alejandro has been pacing back and forth at their apartment and he doesn’t understand why he can’t just get one simple text back. All day with not one response and now it’s late and he is getting into bed. read more

Men Over 30 says: Jason Barr has entered the locker room and he looks a little sneaky. As he opens his locker, he pulls out a bag with potato chips in it and begins eating them. We can tell by his manner, that he is not supposed to be binging on these chips, but he cannot help himself.
Lost in the world of eating his chips, he does not see Dustin Steele come in and as he eats his chips Dustin looks on with disdain. Jason sees Dustin and is shocked and scared. Dustin begins to lecture Jason on how bad it is for him to be sneaking these chips and how they will ruin all the hard work he has been doing on his body.
He tells Jason that if he agrees to allow him to crush up these chips and throw them away, he can fuck him. Jason is shocked, but also excited and Dustin takes control, destroys his chips and begins kissing Jason. Dustin pulls out Jason’s cock and begins sucking it and then he feeds his cock to Jason.
He then tells Jason it is time for him to fuck him, but first Jason rims his ass. Jason fucks Dustin up against the lockers and then he tells Dustin that he wants him to fuck his ass. Jason then rides Dustin for a while before Dustin flips him over and fucks him until he shoots.
Dustin pulls out and shoots a big load all over Jason. They both agree that sex and working out are better than chips. read more

Men Over 30 says: Sean Duran is getting his shower in after a great gym session. He’s all alone until Kaleb Kessler creeps up on him from behind. Sean sees him and is curious as to where his boyfriend is this time. Kaleb tries to dodge the question but tells Sean that he’s home and not to worry.
Sean doesn’t give a fuck if he has a man or not so he invites Kaleb into the shower. Once in the shower they begin to explore each other’s bodies. The warm water dripping down their muscular bodies is making them really horny. Their hard cocks rub against each other as they make out.
They both take turns sucking each other’s rock hard cocks. Sean pushes Kaleb up against the wall to spread his legs wide and far then buries his face deep between his smooth sexy ass. Sean gives Kaleb the best rim he’s ever experienced and now wants that hard cock to pound his sweet eager hole.
Sean fucks him in the shower then bends him over the bench while penetrating deep into him thrust after thrust. He fucks Kaleb so good that he can’t hold his nut in as it escapes his balls and shoots straight out. Sean unloads his balls and then they end with some kissing as the water splashes on them both. read more

Men Over 30 says: It was leg day at the gym for Bryan Cole and he has overdone it once again, but lucky for him his boyfriend is very caring and tends to his sore muscles.

Justin Star lets him relax as he massages his calves and firm ass moving his hands sensually up and down his whole body.

Bryan loves every second of it and then Justin pulls down his gym shorts to reveal a jockstrap which sends him over the edge and face first into Bryan’s sexy tight ass.

Men Over 30 says: Daxton Ryder and Marxel Rios are at Daxton’s studio discussing their recent sexual encounters. Daxton talks about how he met Seth out on the streets and got him back to the studio and fucked.

The two get hot and bothered in deep conversation and decide to play around before his next photo appointment. They start making out and shirts come off when Alejandro Fusco comes barging into the studio demanding to know where his BF Seth is and why he’s cheating on him. read more 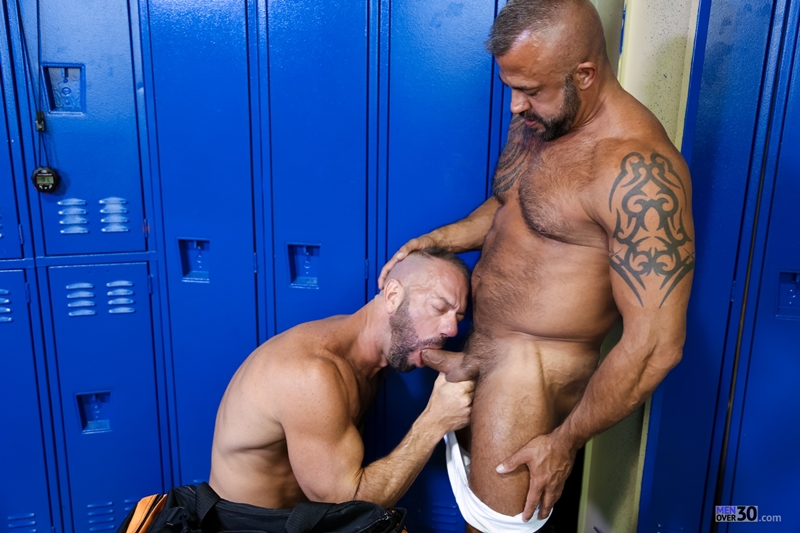 Vic goes straight for Jon’s smelly armpit licking it up and down!……

Men Over 30 says: Vic Rocco’s in the gym changing after a long hard work out when his buddy Jon Galt comes walking in. Vic didn’t know Jon went to this gym as well but now he knows and now he can’t keep his eyes off him. They both dress down watching when the other turns their back.
Looking each other up and down they can’t bear it any longer. Vic can smell Jon’s manly smell hovering all over the locker room. Vic goes straight for Jon’s smelly armpit licking it up and down, rubbing his face all over the hairy stinky pit.
Jon grabs Vic’s head and presses it against his hairy chest rubbing his face up and down. Jon bends Vic over and licks his ass clean rubbing his furry head along the hole and sticking his fingers deep inside prepping that ass for a hard pounding.
Vic’s ass is all lubed up and Jon goes balls deep pumping and moaning as he thrusts in and out. The smells are gravitating and neither one of these hot gym-toned men can hold their animal urges back. read more

Men Over 30 says: Clay Towers is hanging out in his jock as he digs through his locker. Jay Donahue sees him and begins checking him out which leads the two into some hot kissing and than some amazing BJs.

They take turns blowing each other until Jay pushes Clay up against the wall and starts eating his sexy ass out. Clay loves it so much he does the same to Jay. Now that their asses are nice and wet Jay bends Clay over and begins to fuck him deep and hard.

They take turns fucking each other until Clay is once again on his back and Jay blows his load all over his chest. read more 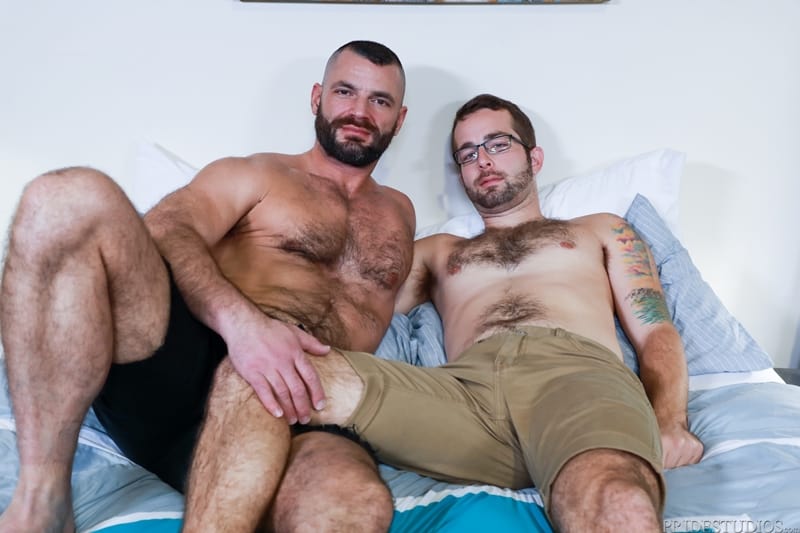 Men Over 30 says: Jake Morgan and Jay Donahue are in bed relaxing kissing and rubbing each other. Today Jake wants to bottom for his boyfriend Jay. Jay is excited about it since he’s always the one being fucked.

They go back to kissing which leads into a very steamy and sexy 69. Jake is eager to be fucked so he quickly bends his hairy ass over and Jay pushes his hard dick into him.