Butch Dixon says: HOT TAMALE. its is quite clearly meteorologically and sexually, really fucking hot in this shoot, these boys are rampant.

Our favourite fucker Yah Jil is back with his gorgeous hair (it may not be a thing for you, but something to run your hands through don’t go a miss) and of course the body part you’re all ogling that whopping whanger.

Butch Dixon says: There’s no competition in this bout, Robin Fanteria loses hands down, but Jeff Stronger’s prize is Robin’s fat, stiff uncut dick up his hole and this pig rides it like a pro. 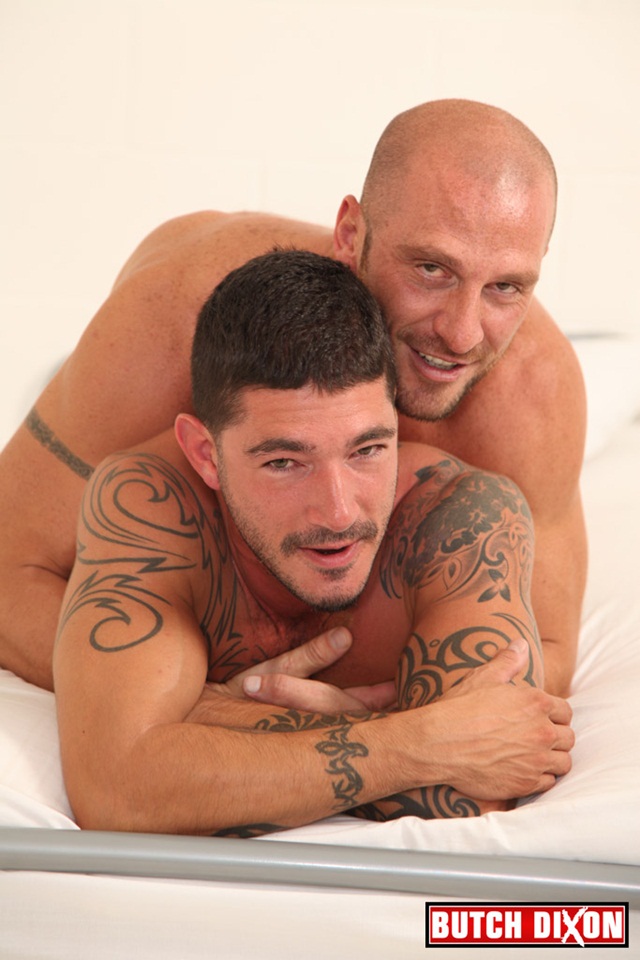 Butch Dixon is home to big guys with big cocks and big sexual appetites – and now and then, some big names. Getting all those in one scene is a special treat and here we have just that. There isn’t a bottom guy quite like the legendary Johnny Hazzard, Aitor Crash mesmerizes with his lithe, animalistic performance and Gio Cruz is a cum-gun that’s cocked and ready to fire any time. This international mix is explosive; stamd well back, we’re about to light the touch-paper. Get this movie at Butch Dixon! read more

Butch Dixon says: Now what exactly would you do if you found Leonardo Lucatto sprawled out, ass in the air, in your bed? Ely Chain is the lucky chap who stumbles in on this delightful sight.

We make the most of Leonardo’s considerable charms, as does Ely. He spreads those smooth, firm buns just as Leonardo is opening his eyes and sticks his tongue into that hole and his face as deep between those cheeks as he possibly can, this man is hungry.

Leonardo make his scalding hot debut at Butch Dixon, ripped, rugged, ready and very able. Ely has him on his back, jacking his weighty, meaty dick as he pushes his own throbbing stiff uncut cock into Leonardo’s tight hole. read more